Why you should use Too Good To Go

Did you know that in the UK, over six million tonnes of food is wasted each year? In fact, about one-third of all food in the world is wasted. That’s a lot. Not only does wasted food mean wasted money, but it’s a heavy blow to the environment for something that isn’t even used.

Imagine for just a second that there was a way to reduce food waste by restaurants. A way that customers can save money at the end of the day, that takes another step towards making a sustainable environment. If you’re thinking that sounds oddly specific, well that’s because it is.

Too Good To Go is a food app available on both the Apple App Store and the Google Play Store. With a focus on taking action against food waste, the app is also perfect for restaurants looking to lose less money and people looking for a good deal.

In this blog, we’re going to take a look at what exactly the Too Good To Go app is for, and why you should be using it as much as possible.

What is the Too Good To Go app?

The Too Good To Go app is a food delivery app, much like Uber Eats or Deliveroo, but with a twist.

Put simply, a customer can use the app to buy surplus food from a store for a cheap price. It’s a win-win-win. The store saves money they’d otherwise be throwing in the bin, the customer gets a great deal, and the planet is grateful for it with fewer tonnes of landfill and CO2.

Founds Chris Wilson, Jamie Crummie and Klaus B. Pedersen founded the organisation in 2015 in an attempt to help build the global food waste movement.

The app is the perfect way for everyone to get involved in helping the planet. With over 40 million worldwide users already, the app is already well on the way to making a huge difference. In fact, almost 80 million meals have been saved since 2016, and things are only going to pick up from here.

Why is food waste such an issue?

As you might have guessed, creating landfill is the worst possible option to get rid of wasted food. Landfills all over the world are now beginning to run out of space, and it’s estimated that a massive 21% of the landfill volume is made up of food waste. Not only does landfill take up the space we need as the human population grows, but they produce the greenhouse gases responsible for climate change. They even create more toxic chemicals that damage the earth.

Incineration is also an undesirable solution as it emits a great deal of CO2, nitrogen dioxide, dioxin, and once again, greenhouse gases.

As you might have noticed from our previous blogs on sustainable food, we need to take action now to help save the planet and make the food industry sustainable. By using the Too Good To Go app, you’re easily helping shape a better future for the world while saving money. There’s no better excuse to start helping than this.

If you found this blog interesting, why not take a look at what else we have on offer? From the issues involving overfishing to the world of food delivery, we’re on our way to cover anything and everything in the food tech industry.

If you’re worried about missing anything, why not subscribe to the Food Tech Digest weekly roundup? Every Friday, we’ll send you a neat newsletter with all the posts from that week, so you never have to miss a thing! 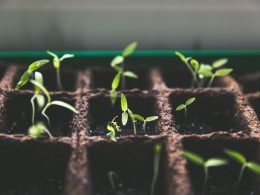 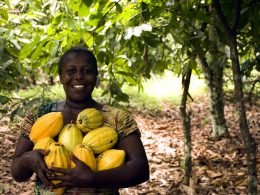 How Hotel Chocolat is helping forge a sustainable world When it comes to running a business, the first…
byDaniel Marsh 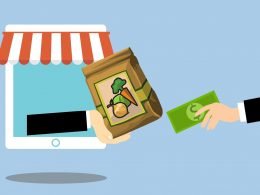 The Benefits of Grocery Delivery

Make more with grocery delivery Over the past few years, eCommerce has become more and more of a…
byDaniel Marsh 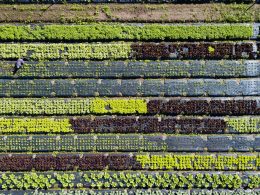